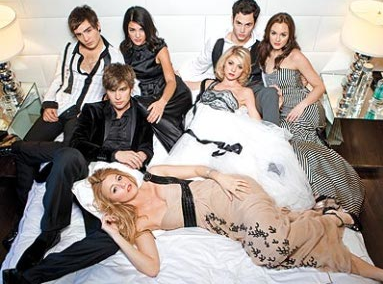 Usually, I'm the girl with the tent on the sidewalk before any new Target + Fabulous Designer launch. I was the first to buy a gorgeous new Felix Rey bag in my local Tar-jay last spring. I have stalked sales associates for their secrets (like occasionally putting a new line out on the floor at 9 o'clock the night before...). The new Anna Sui/Target collaboration excited me as much as the rest, but after viewing it in person, I'm packing up my tent, stashing my generator and styling tools, and heading home.
Why? The line is supposed to be based on the oft-copied, much beloved style of Gossip Girl, but frankly, I don't see it. The publicity photographs go so far as to present looks based entirely around the show's characters - The Serena, The Vanessa, and so on. But in real life, the garments look more like The Tacky, The Been Done, and The Project Runway Runaway.
Let's start with this vest. It's from a TV show alright - That 70s Show. And it's also no stranger to trailer parks and Goodwill bins. 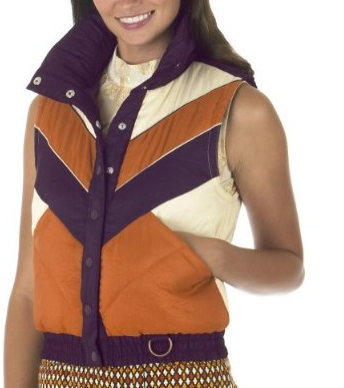 In the "been there, done that" category, we have this tee - which could have been produced at any point in the last few years, and by any designer (like Mossimo for Target or Hanes Her Way... ). Nothing new to see here folks; move along. 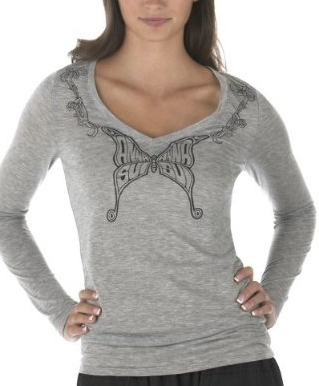 Many of the more detailed pieces resemble early episodes of a Project Runway series - lot of fabric, little direction. What's going on here? Is it a cardigan? shirt? bolero? Is it trying to strangle her? And it's EYELET. As Tim Gunn would say "simplify, simplify." 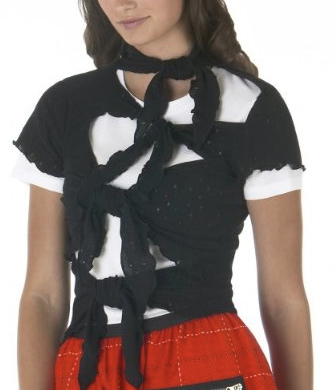 Now that the worst is over, there ARE a few really interesting pieces in this collection - at least when styled and photographed by professionals. But a word to the wise: many of the dresses that photographed well appear in person to be overwrought - never a good thing when you're dealing with cheaper materials. Here are two looks I think succeeded in capturing the GG spirit. Go try them out for yourselves! 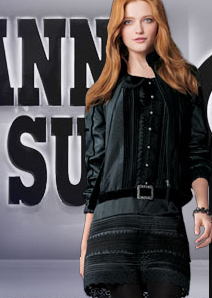 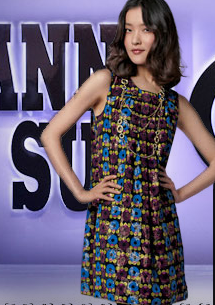 Top photo, jaunted.com. All other images, Target.
Posted by Sanity Fair at 7:19 PM

I'm with you .....nothing here to buy, in fact some of the worse I've seen. But did love the Sonia Kashub coral makeup accesories from last spring (post widget was under the story).

Me too!!! And I didn't get around to buying them before they went off the shelves, much to my sorrow. I have a soft spot for anything coral. On the make-up note, I have to give Target props: they've collaborated with several designers and the results have been excellent. I've used some of the pixi make up, and it's the same caliber (and great design) as you might find in a Sephora.

I haven't seen this in person but I'm not surprised--I'm often disappointed when I try on her real line and find it to be ill-fitting and not sewn as well as I'd like.

p.s. Thanks for stopping by and commenting on my white floors dilemma. I am still debating, but leaning toward wood...

OK, so, was in Target this morning & saw (& touched!) every piece from this line. It was...well...cheap. Sorry, but I couldn't imagine wearing these dresses without thinking ahead to the wash & how I'll fret about whether or not they will survive it. Sorry, Target, I'll pass.

I'm totally with you, SF -- these look NOTHING like their supposed muses.

Ah well. It's interesting how some designers' Tarjay collections have been great hits (e.g., Libertine) and some have been HUGE misfires (apparently Anna Sui).