Time to peruse the pages of the March Vogue and leave your postman some advil for the pain-inducing weight of this tome. It's comforting in this economy to pick up a thick magazine - even if this year's March issue is several hundred pages shorter than last (but let's be serious for a moment; a magazine at 700 pages isn't a magazine anymore). Now, what's good - and what's not.

Worst
Vogue's two (2!) yawn-inducing fashion spreads in neutrals (see Desert Fox and Pale Fire). We all realize florals are so predictable for spring (as The Devil Wears Prada taught us so well), but really? It's spring, not August. Let's pretend we've been stranded in a desert without the ability to dye fabrics later this year. Say, when the trees outside aren't dead and the economy isn't depressing.
Ralph Lauren Evelyn gold jacket, $798 (similar to shown in Desert Fox). 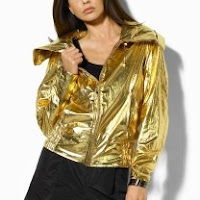 Best
Vogue figured out what cheap is! Past stabs at economic awareness have included $500 clutches and cost-per-wear calculations to justify the latest Manolos. This time, they not only use the phrase "below $100," but pick things less than $99.99. Two great classics on the list: Old Navy trench ($50) and Timex watch ($85). Cheap and chic is in Vogue. 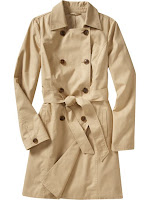 I'm going to check out the trench at Old Navy! Great price!