Shopping on the Wild Side 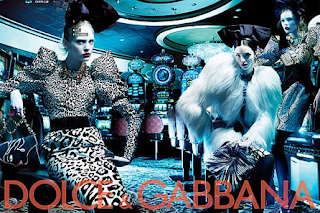 Not five minutes into a trip to the department store the other day, I began experiencing elevated heart rate, muscular tension, and a desire to run. Swine flu? Nope - just your typical fight or flight reaction. Racks and racks of leopard spots and tiger stripes had triggered my survival instinct - they were everywhere. The entire women's section looked like a hunting preserve, or Jonathan Adler run amok with a dress form and some belts. And after wandering around awhile in this clothing Kenya, I realized WHY the racks were so full. Nobody was buying this stuff. It was AWFUL.
It pains me to post this. Meet the nylon/lycra/tie-dye cheetah top.
Is it me, or does she look like she's already been mauled by her shirt? 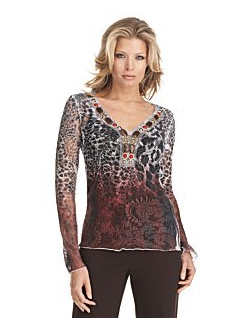 The worst part was that after shopping a bit I began to have a terrible craving for Cheetos (official mascot: the cheetah). Anyway, for such a bold, unabashed look, I'm amazed at the animal print coverage: it is EVERYWHERE. I didn't go in a single mall store without a large zoo section. Leopard spots and zebra stripes have been popular for a while, both in fashion and home, but that doesn't explain why they've suddenly gone everyman. I actually love animal print, but it's not like ruffles, or chartreuse, or any of the other major trends this season: you CAN wear too much zebra.
Anyway, there are plenty of designers doing wonderful animal prints that are perfect for the fall wardrobe - just don't put them all on at the same time.
Lovely leopard at Blumarine. 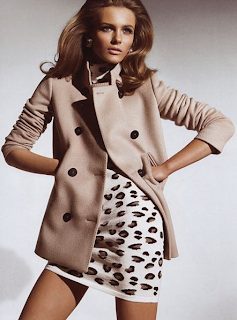 The ever clever Mr. Marc Jacobs - his tiger stripes are made of miniature tigers. 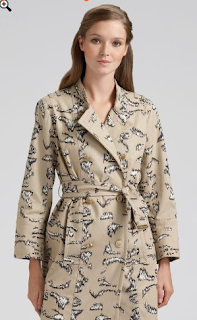 A Fendi Baguette gets its spots. 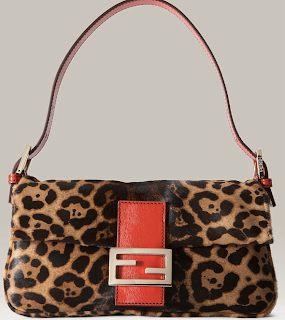 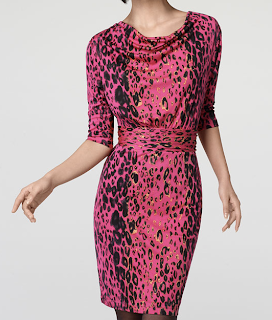 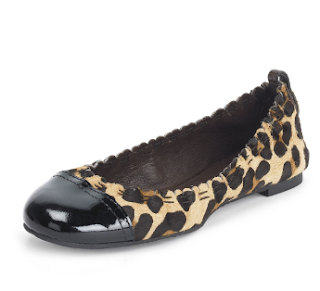 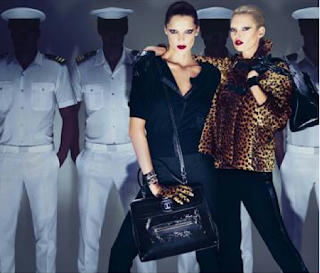 A final word of warning: do not go all safari - or all cheap. Nothing says halloween like a little polyester cheetah! 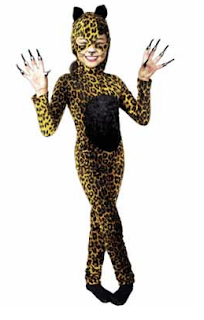 Holy Cow! I guess I haven't been to the shops lately. Waaaay too much animal print is not a good thing. Totally agree!

Having worked as a Fashion Designer, spots have always been around, but this year they seem to be on the rampage, nothing extinct here. I think an accent is fun, in an accessory, but all over looks a little too wild for me.
pve

PHB - me neither, which was why I was so shocked when I finally got in a store. The animals are taking over.

Love that leopard -
but, a little goes a long way.

I'll pass on the pink too, but as an accent piece, I'm in! Thinking I could do a pair of Tory Burch's shoes... or perhaps in heels?

The Leopard of Blumarine is so beautiful!!! I love it as long as it is a print!

lol at what you said about that woman in the 'bloodied' spotted top. i never really liked exotic stuff much. i even passed up on some dirt cheap leopard or cheetah flats when i had the chance. i do love the colours of tan or orange or white with black.

I have a favorite spotted sweater from last season, JCrew, can't imagine wearing more than a small dose! It is very interesting how a trend emerges and then explodes. Janell

sounds like the all that animal print would make me crave cheetos too! actually just mentioning it is making me crave them.
i loooove the marc jacobs coat and the tory burch flats are pretty amazing too.
i don't own one piece of animal print clothing, but i've been looking. i will definitely follow your advice and only do one at a time!