This weekend I stopped by Whistler's Peacock Room in the Freer Gallery (a space I am quite sure Flannery O'Conner would approve). The room, transported whole from England via Freer's own home (where he stocked it with his personal collection of porcelain), was added to the Freer in 1919.


Whistler's warring peacocks crown one end of the room. 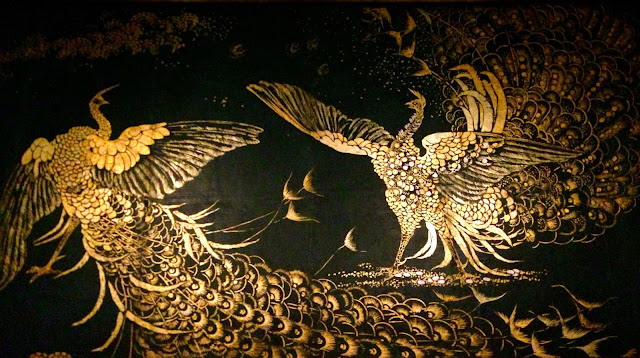 An Englishman named Frederick Leyland had acquired a work of Whistler's, The Princess in the Land of Porcelain to display in the new dining room, which architect Thomas Jeckyll was outfitting with an elaborate series of suspended shelves, intended to display Leyland's Qing-dynasty porcelain. While owner and architect were away, Whistler came to the conclusion that the color on the walls "clashed" with his painting, and rather boldly decided to assist Leyland and Jeckyll by correcting the problem.
The Princess in the Land of Porcelain, or La Princesse du Pays de la Porcelaine 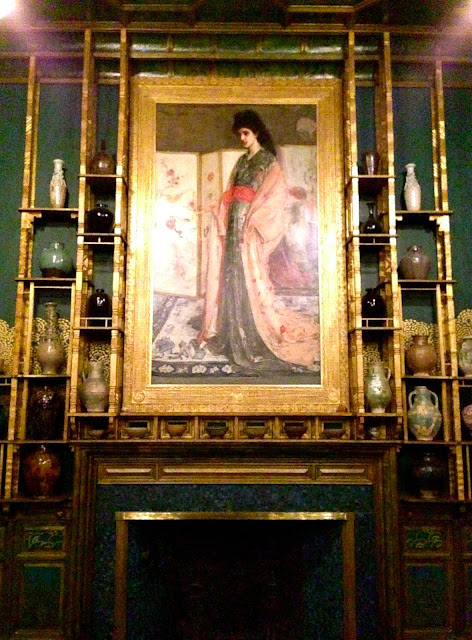 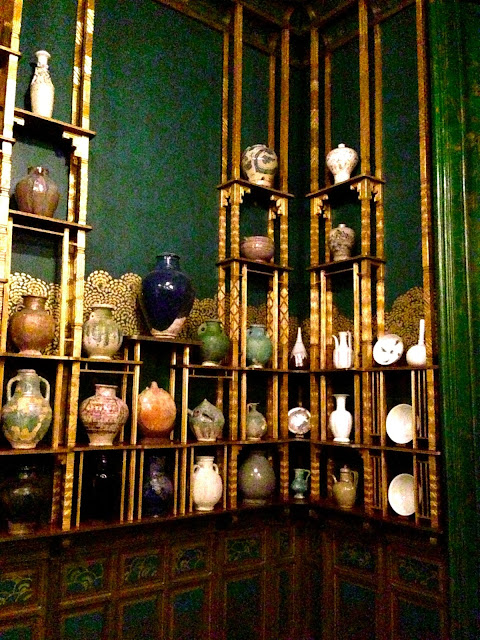 He painted the shutters... 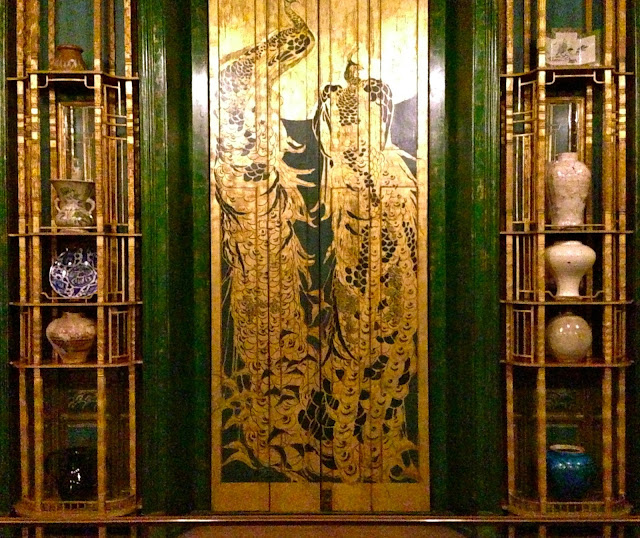 He "decorated" some rather expensive leather... 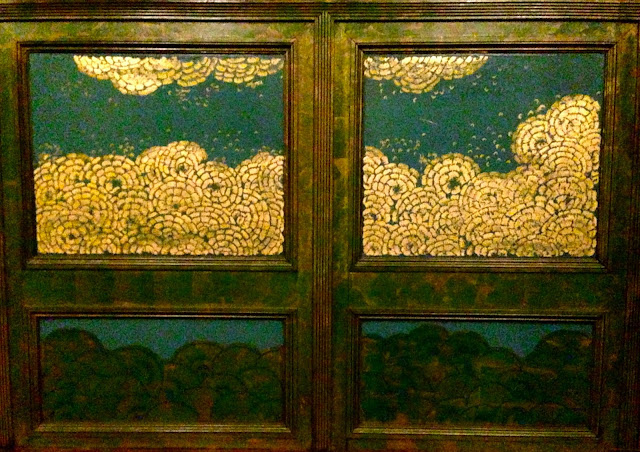 And then he noticed the ceiling, and improved its many deficiencies. 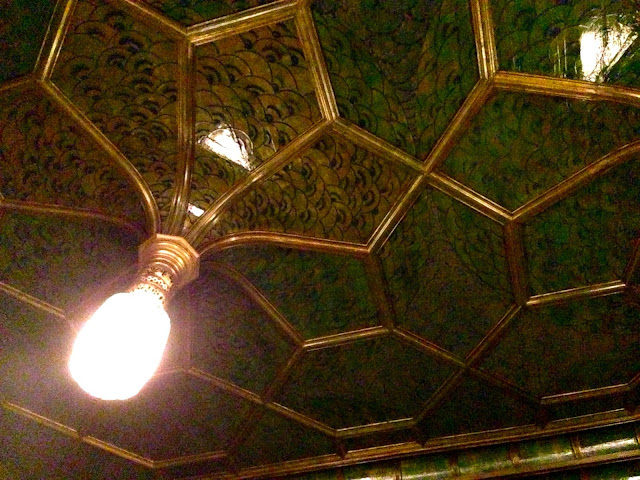 Whistler left no surface untouched - in fact, the entire room had become his signature, and rather than a showpiece for his painting, the painting had become part of a larger design. 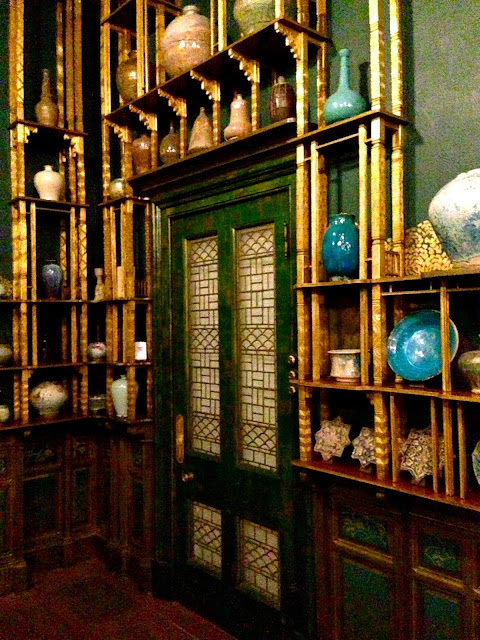 While the Freer did not obtain Leyland's porcelain collection, the museum's own stores have provided ample choices. 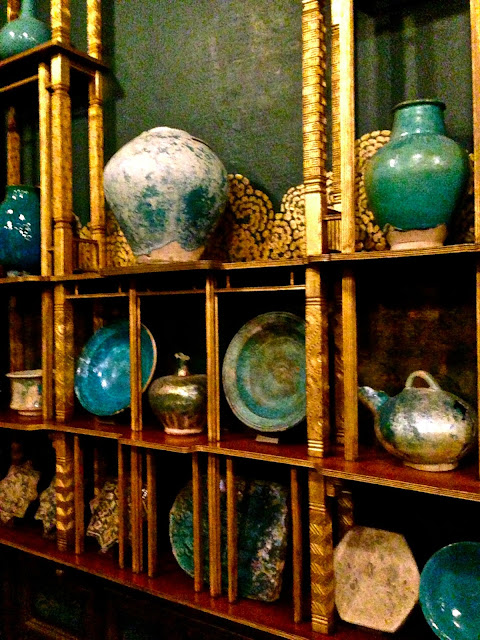 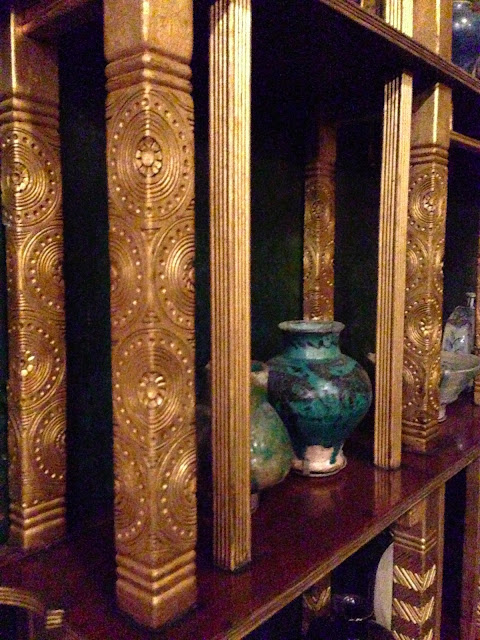 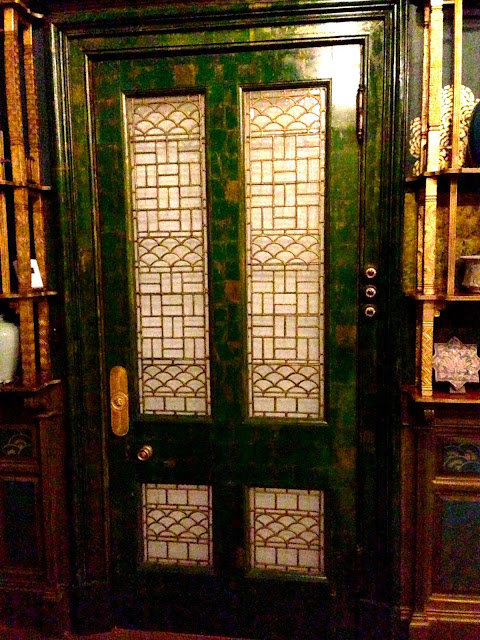 Unfortunately, Whistler's "contributions" were not duly appreciated, and when Leyland refused to pay adequately for Whistler's work, Whistler commemorated his parsimoniousness in paint, scattering golden guineas at the victorious peacock's feet. Ultimately, Whistler chose a more fitting theme than he realized:  the room is a tribute to the peacock's famous pride, and the nature of both its painter and its owner.

I loved learning this and seeing the amazing photos. Thank you for sharing!

love the pics , are truly amazing!!

I can not but comment.What an incredible and unique art.I am really impressed on your work and art.