Mad Men (And the Couches They Sit On)

Let's start off with true confessions: I have only seen one episode of Mad Men, and by "seen" I mean that I was in the same room as the television playing it. Sorry. Lot'a life to live. But this article on Double X made me reconsider - perhaps I should be watching the show, not as a SHOW, but as a live-feed, Emmy winning, highly dramatic version of House Beautiful. Worth a shot.
Mid-century modern. Hmm. I guess faux wood paneling isn't ALWAYS an executable offense. 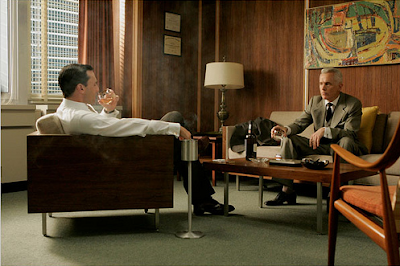 Anyway, in the article, "Fainting Couch For Best Supporting Actor," Kate Bolick analyzes the styles of the various rooms and homes and declares them authentic. Authentic not just to the time, but to the individual psychology of the characters who inhabit them. Set designer Amy Wells weighs in on her design choices, and reminds us: "labels were all-important then." Guess times haven't changed!
FABULOUS zebra walls. Chocolate brown zebra walls. 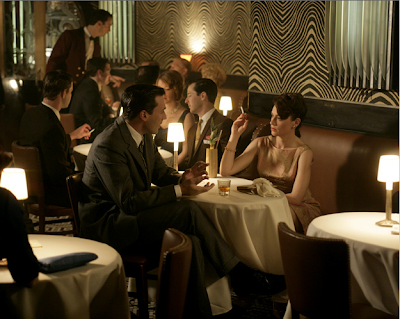 Great hair. And the decor is so Draper (Dorothy Draper, that is). 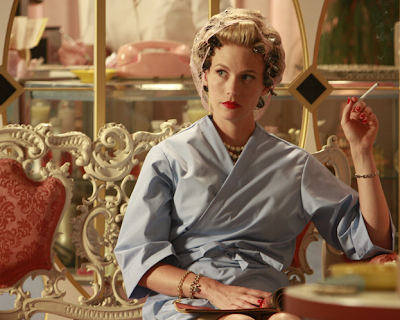 Geometric patterns and a hint of chinoiserie hovering in the background. 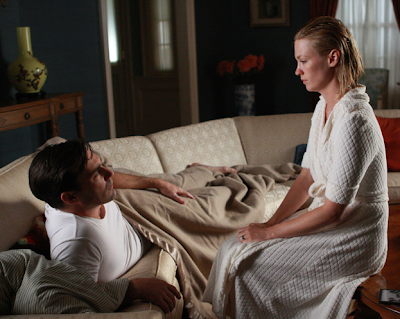 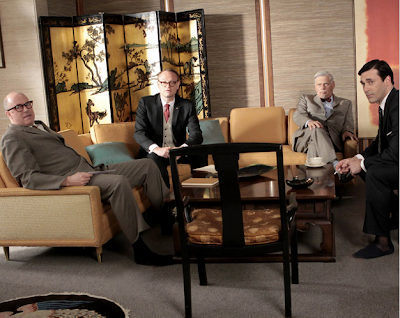 And finally (because why should imaginary people have all the fun?) here's where to buy some Mad Men goods. Just don't start wearing pantyhose and drinking 12-martini lunches.
The Club Furniture Mad Men bed. 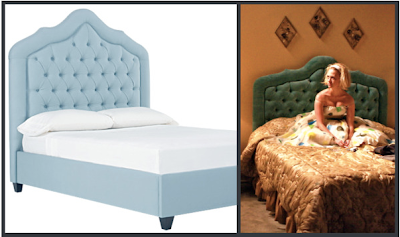 Here's the CB2 Mad Men couch (not sure if it's still available). But I say thumbs down anyway. The only thing I despise more than burgundy is stripes of it. With GRAY? No thanks. 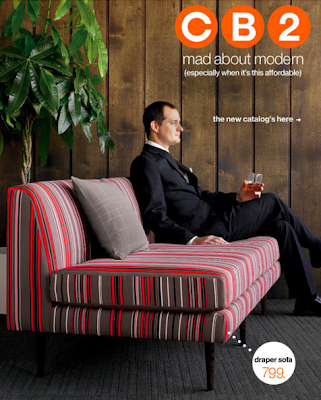 Am totally adding those zebra walls to my personal style file- how chic and something I would totally not come up with on my own. I don't actually watch Mad Men-I look at the production design, I do the same with Gossip Girl's fashion. Drool worthy.

CLAIRE WATKINS, ASID ALLIED said...
This comment has been removed by the author.
6:11 AM

Hahahaha! Yes, the zebra stripes good, the others....not so much!

Please tell me you are not serious about not watching Mad Men. Are you insane or do you live in a cave? LOL! Don't speak to me until you have rented and watched Season 1 and 2, and caught up with Season 3 On Demand. Both my posts today are on Mad Men.

averill, i loved your post. i have to watch the episodes more than once to get it all, and i have still not moved beyond sets, props and costumes. i know nothing of the plots of the episodes, yet i will stop what i am doing just to watch it when it's on.

I'll admit that I've seen about as much of Mad Men as you have, Skyla, and -- I wasn't blown away.
That said though, some of these interiors are lovely, though I still say wood paneling is an executable offense. :)

I've been missing it too... want to see more sets though!

Zebra stripes are my fave of these but there are some good pics here!