Last week I visited an exhibit in Atlanta, GA, where 28 of Princess Diana's outfits were on display. The wardrobe ranged from her first official public appearance - that wedding dress - to her last official event, where she donned a Jacques Azagury black beaded floor-length sheath. There were a number of surprises in the collection. Aside from the nukes, the 80s suffered from massive polka-dot proliferation. And the gargantuan size of the puffed sleeves! It brought to mind the song "Beautiful Girl" from Singing in the Rain -

"You'll never guess what loud applause this cunning hat receives,
And you'll never dream the things that you could hide within these sleeves."
But the most surprising element was Diana herself. Being in a room with so much couture (Versace, Lacroix, Catherine Walker, Chanel) is normally rather thrilling, but many of the pieces in person were rather underwhelming - unlike most other wardrobe displays I've visited. Yet, surrounding the clothes were screens running clips of Diana in various outfits, and photos of her in the pieces in the exhibit. And in every one, both she - and the clothes - looked stunning. This was, I thought, the truest compliment to Diana's style. She wore the dress; the dress never wore her. Her personality was truly her best accessory.
Here's a little mini-exhibition for you:  a sampling of images of the gowns on display, and Diana's appearances in them. 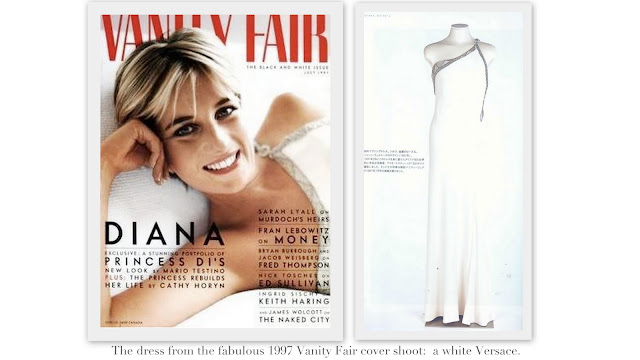 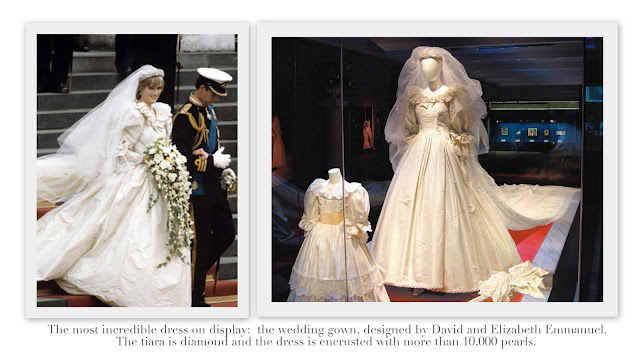 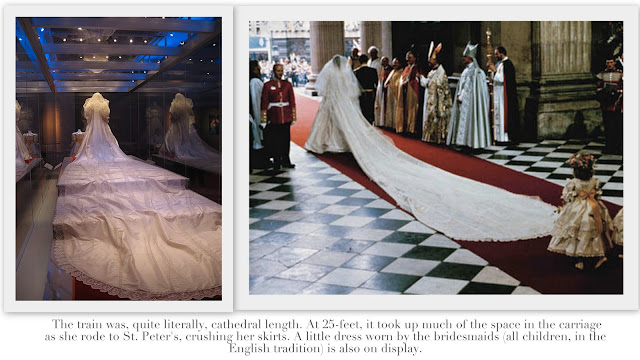 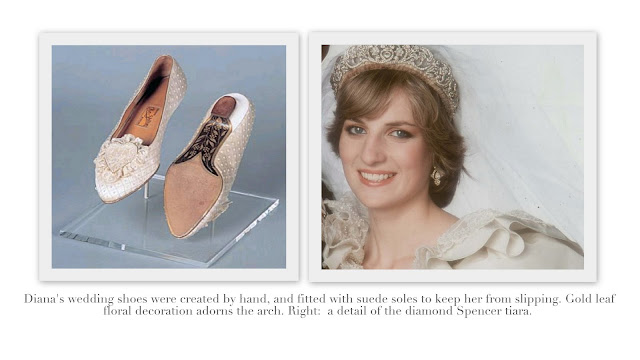 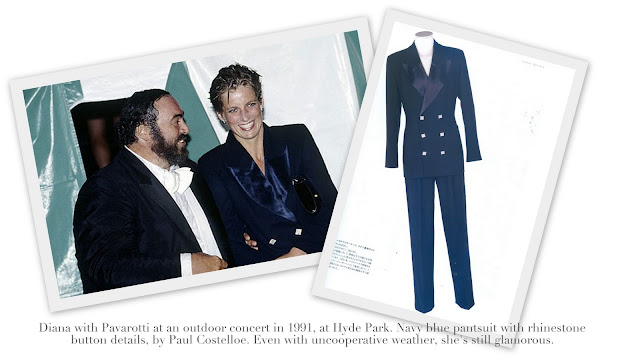 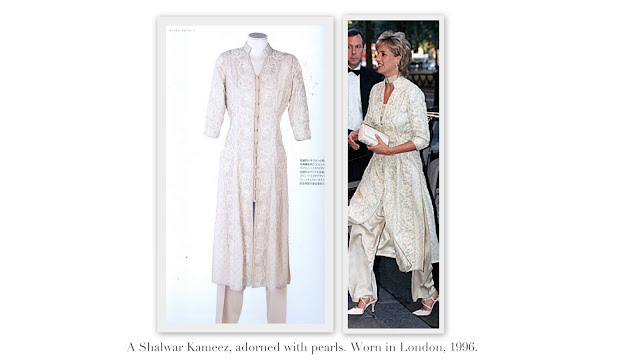 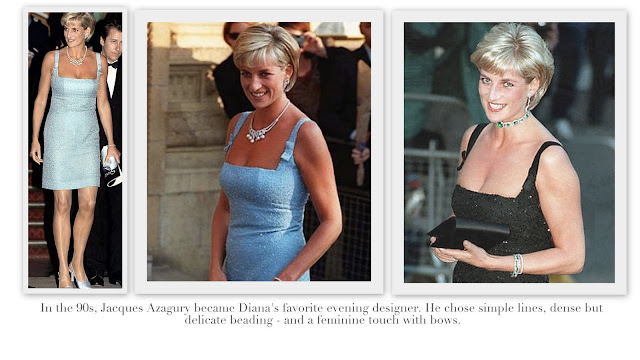 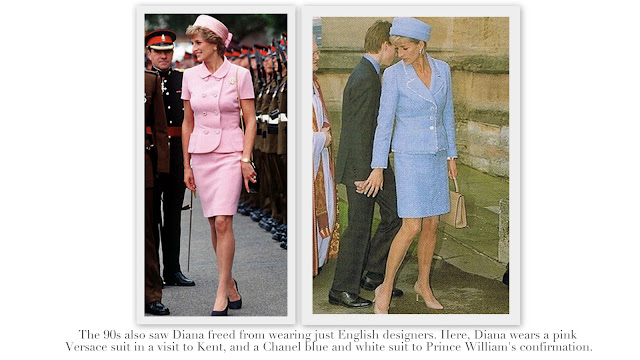 I would love to see this exhibit. Great post.

I missed this exhibit when it was in Philadelphia - what a shame. She was truly gorgeous, inside and out - and I just loved her style.

I'd agree, Princess Diana found her style and wore the clothes well instead of them wearing her.

WOW- great exhibit and have been looking forward to seeing it. Thanks for the write-up!

I think the generations will remember her in mythic proportions.She did wear her clothes beautifully.

Amazing photos...Diana was a class act. Thanks for sharing.

I have been meaning to go see this exhibit, too! The Versace is my favorite, along with the Chanel suite in the last picture. With those eyes and that smile, all that lady needed was a quiet frock to let her shine through. That cover of Vanity Fair still looks just as current as it ever did.

Oh how nice; I loved lady di.
Miss her goodness and kindness towards humanity, a very contagious thing.
L.

Thanks for sharing this! I don't think the exhibit came to the Boston area, or I would have gone! The Vanity Fair cover dress is so beautiful, and I like the short cocktail dresses, too. But that wedding gown...I wonder if she felt beautiful that day, or more like a cake topper? It just looks so uncomfortable!

High-Heeled Foot in the door said...

Ah so in love with your site. Thanks for leaving me a comment that I could find you!