You don't have to know anything about a trend to mine it, and I'm proof. I've never watched an episode of Mad Men, but mon ami, I do adore it. Cinched waists, gloves, brooches, and the lady-like look are seeping out of AMC's screens and all over the common culture. Only a year ago, I was struggling to look less like a tent in those trapeze dresses (official report:  it cannot be done), now, I can't throw a Chanel ballet flat without hitting some display of sartorial taste. This new upsurge in propriety has permeated pop music too. Exhibit A:  Beyonce. Yes, Beyonce. Her newest music video, Why Don't You Love Me tops the charts for 50s/60s kitsch (and mad use of Chanel accessories). The story, insomuch as there is one, falls into the typical disaffected housewife genus. Which is a popular, and I'm afraid to say, rather tired interpretation of women and pill box hats a la Betty Friedan. Yet, liberated womankind of the 21st century remains fascinated with un-liberated womankind of the 20th. The best - and most infamous - Mystiquette (as I'm calling my obsessed sisters) portrayal was W magazine's 2005 photo story starring Brad Pitt and Angelina Jolie as they wandered around a suburb-scape, looking disaffected. It's genius.
DOMESTIC BLISS, W MAGAZINE 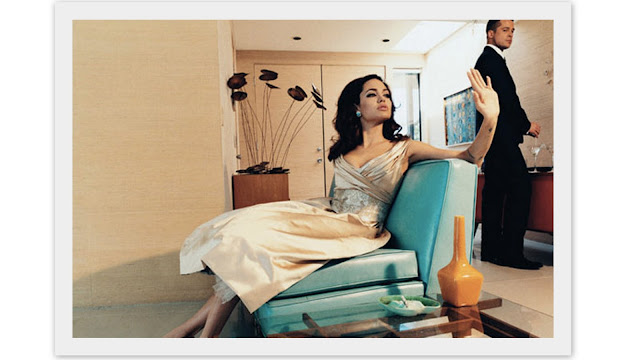 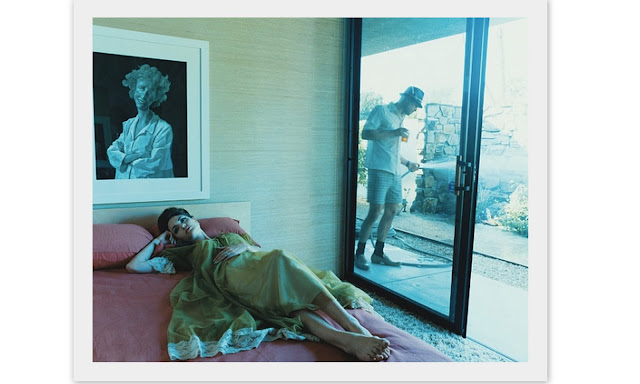 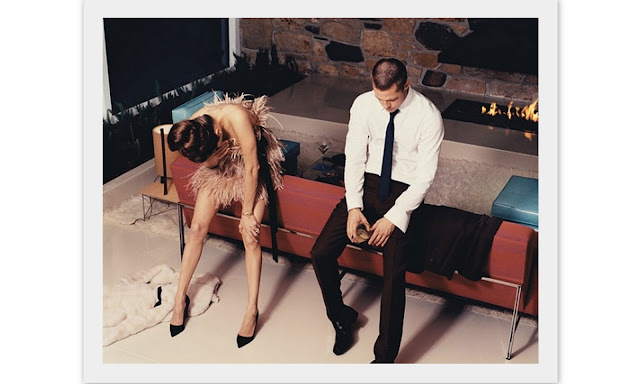 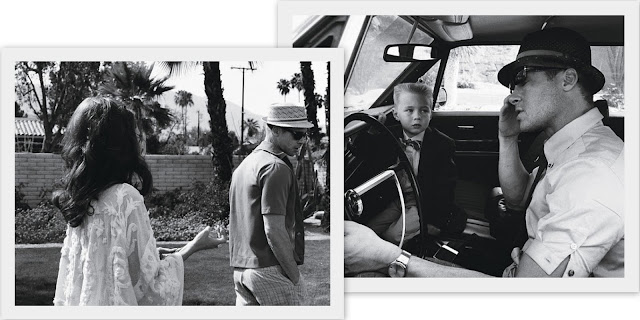 The same Poor Little Housewife genre crops up again in the July Vogue story Magnificent Obsession, looking, sadly, like second helpings. It's lovely, but lacks the hopelessness and rage of W's story, as well as the sympathetic eye. Natalia Vodianova is playing an adulteress and Ewan McGregor a man scorned. I don't really believe Natalia and Ewan's lives are being rent at the seams. But the clothes are worthy of "obsession."
MAGNIFICENT OBSESSION, VOGUE 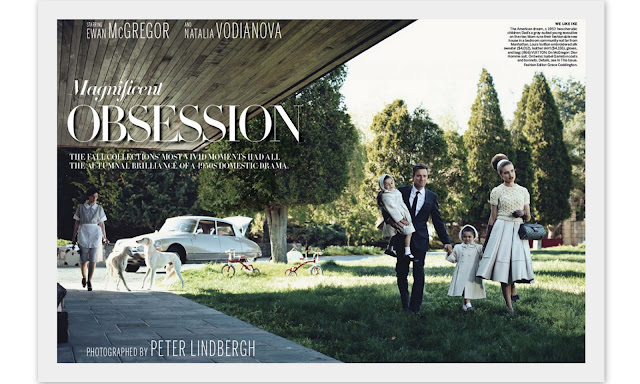 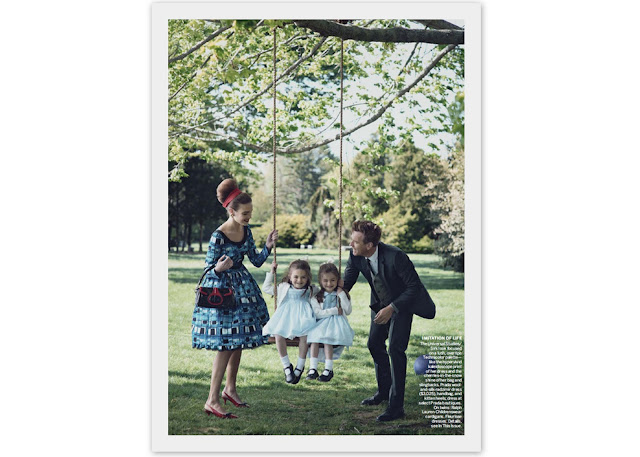 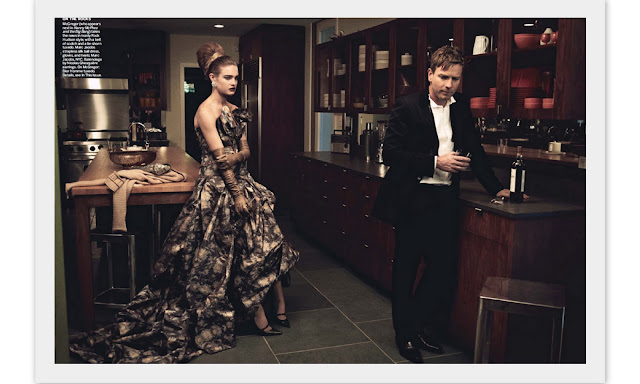 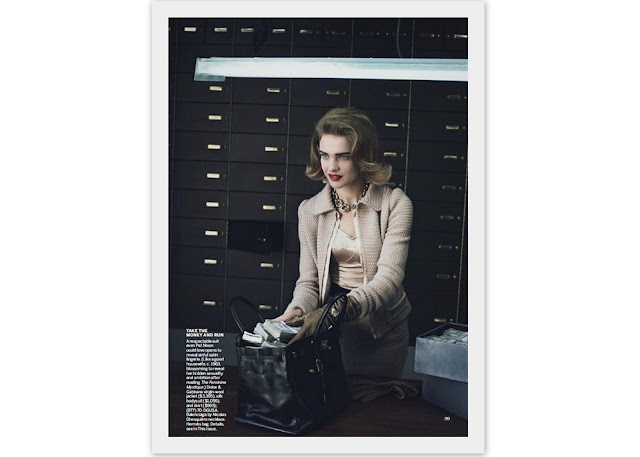 And here is the hip-hop-pop version of Mystiquette style. Beyonce has left no accessory behind, and though she's the wronged women, her style is more pin-up than housewife.
WHY DON'T YOU LOVE ME, BEYONCE 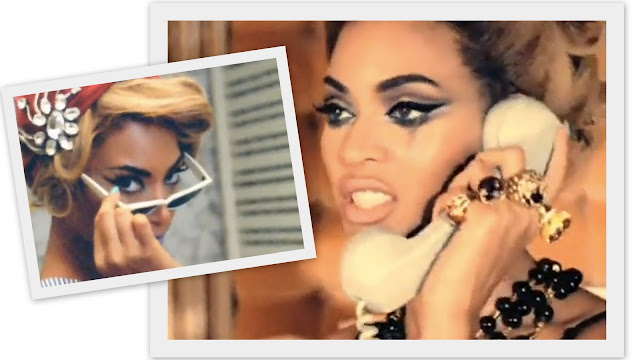 Just last week (and last post) I mentioned how marvelously Talbots is reinventing their look. Well, honey, I hadn't seen anything yet. I stumbled across their Fall look book and I'm enchanted. The Fall line is a clever adaptation of Mad Men for modern girls, and I want every stitch of it.
TALBOTS FALL COLLECTION 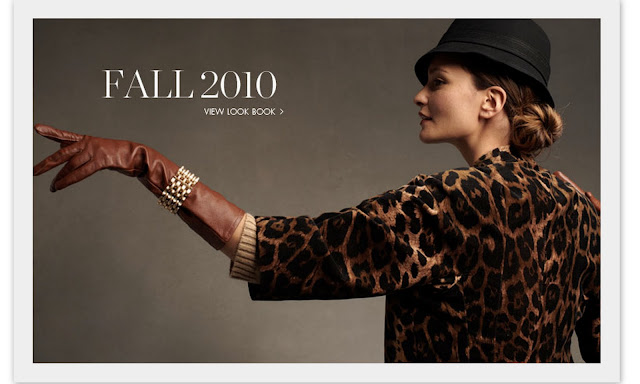 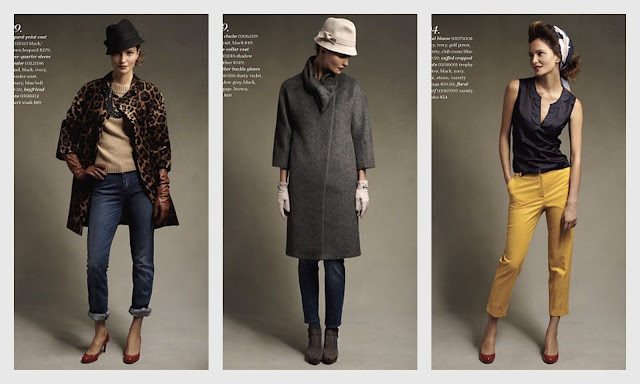 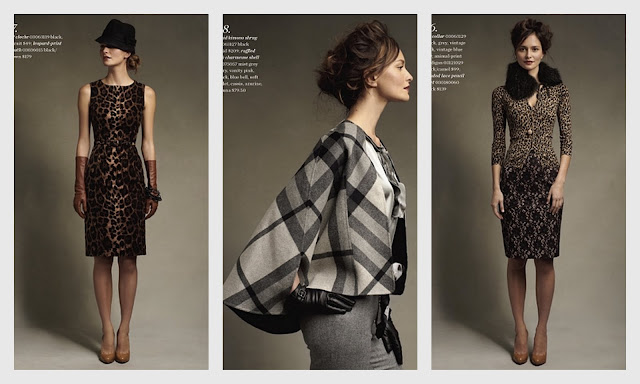 All images, as attributed above. Beyonce stills from her official music video.
Posted by Sanity Fair at 6:27 PM

I need to buy as many clothes as possible over the next year, as the small fitting top and loose fitting bottom fits my style and shape to a T!

In the early spring, I wore a 50s inspired dress to an event that my designer was attending, and she declared that she wanted to design an entire room around it!

LOVE Mad Men - I have a Mad Men inspired post today - I would recommend watching season 1 and season 2 first, although they all seem to stand by themselves OK - picking up at season 3 is probably just fine!

I've not seen mad men either but I will likely just for the wardrobe. I like the more tailored fashions always have. Sheath dresses of course and managed to score another black one by Calvin Klein on clearance.

Love this post! I have to admit that I too, have never actually watched an episode of Mad Men but I seem to be enamored with everything about the show!
And I must agree with you about Talbots, they seem to have really kicked it up a notch this year!
Hope you have a wonderful week!

oh miss fair.....how you tempt me. why can't i be the heiress to some fortune and buy up all these glorious clothes???? loving those talbots offerings so much!

Oh I just love Mad Men, Loved the Season 4 premiere last night, and positively ADORE this post, every single thing about it! Those first two photo shoots are amazing, I honestly don't recall seeing the one of Brad & Angelina - stunning, just stunning! Hope you are well and enjoying your summer, lovely! :) xoxo

Funny, I have not seen 2 seconds of Man Men either but have always loved the look of the era.

Still don't know how to handle an A-line skirt though. What's the trick?

Oh my goodness -- you weren't kidding, Skyla! These are gorgeous.