THE OLD WHITE AND BLUE

BLUE is Our Lady’s colour,
White is Our Lord’s.
To-morrow I will wear a knot
Of blue and white cords,
That you may see it, where you ride
Among the flashing swords.
O banner, white and sunny blue,
With prayer I wove thee!
For love the white, for faith the heavenly hue,
And both for him, so tender-true,
Him that doth love me!
- Mary Elizabeth Coleridge
But whence the inspiration for blue and white? Perhaps nature itself, in the sight of sea and sky, bluebells against a late snow, or blooming lotus in a dim courtyard pool. It is a match made by, and inspired by, heaven. The beautiful combination of blue and white in porcelain likely began in Iran, and gradually made its way to China, where production reached its height in the 14th century. In Europe, chinoiserie blue and white in turn inspired pottery makers in Italy (Medici porcelain), Delftware in Holland, and the famous English patterns, Blue Willow, and later, Wedgwood's Jasperware. 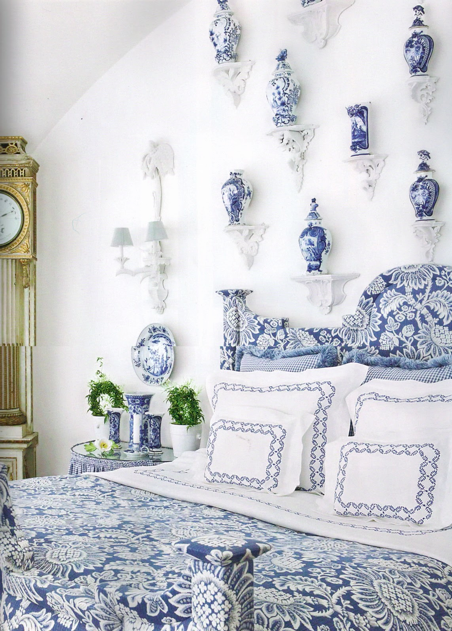 This month's gorgeous Veranda magazine (kudos to new editor Dara Caponigo!), featured this lovely room by Carolyne Roehm. And it inspired me to go on a little tour of my favorite porcelain inspired rooms. Come along! 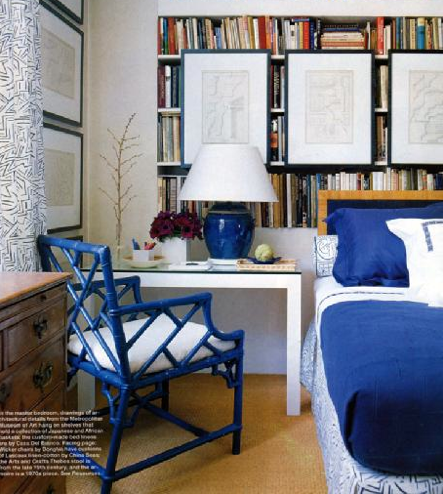 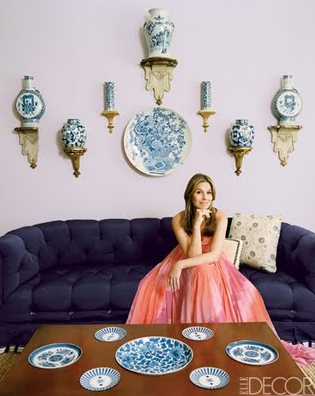 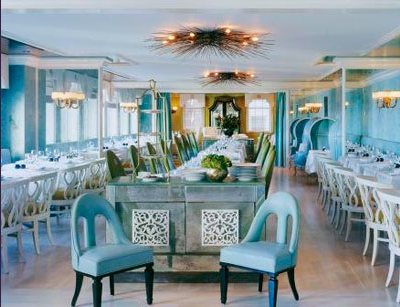 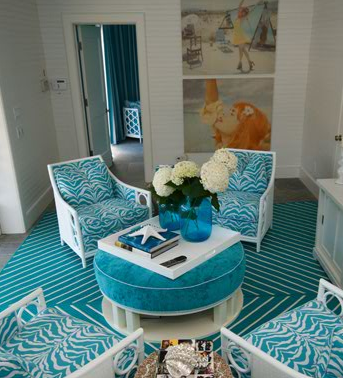 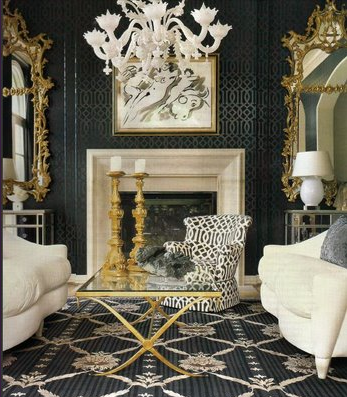 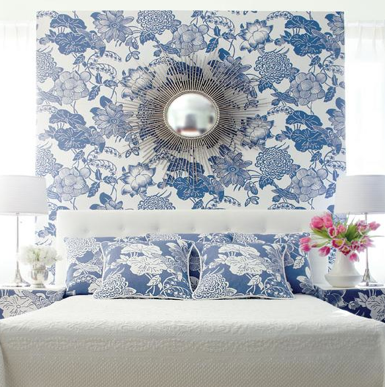 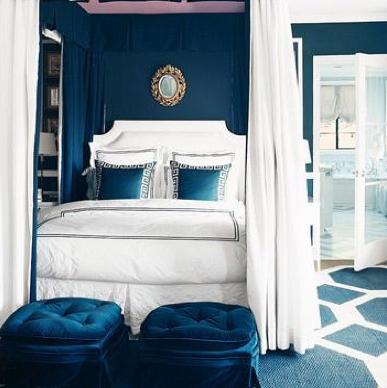 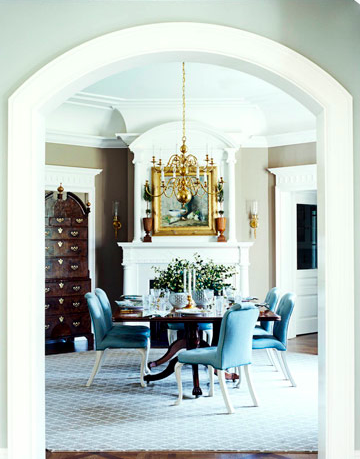 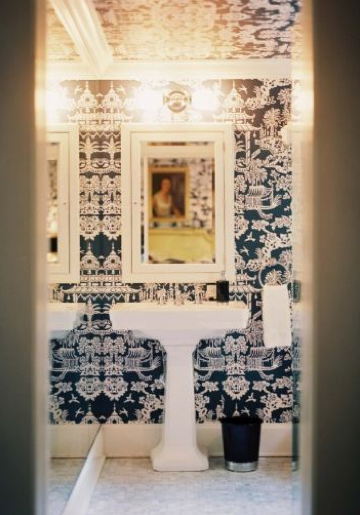 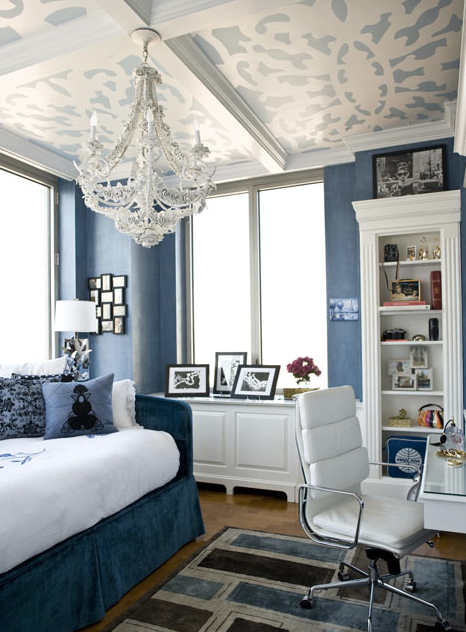 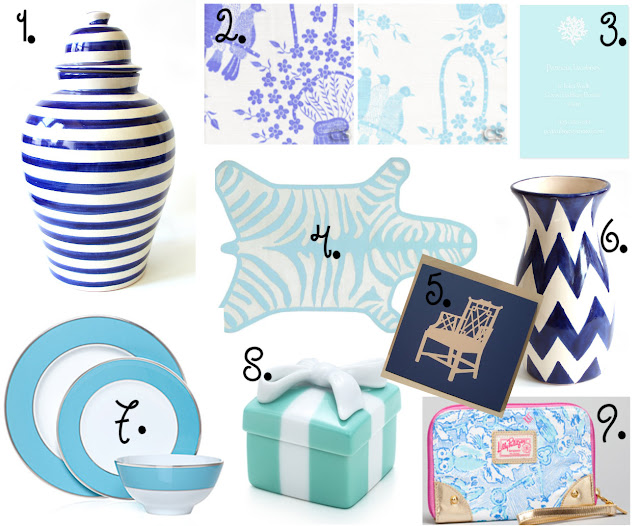 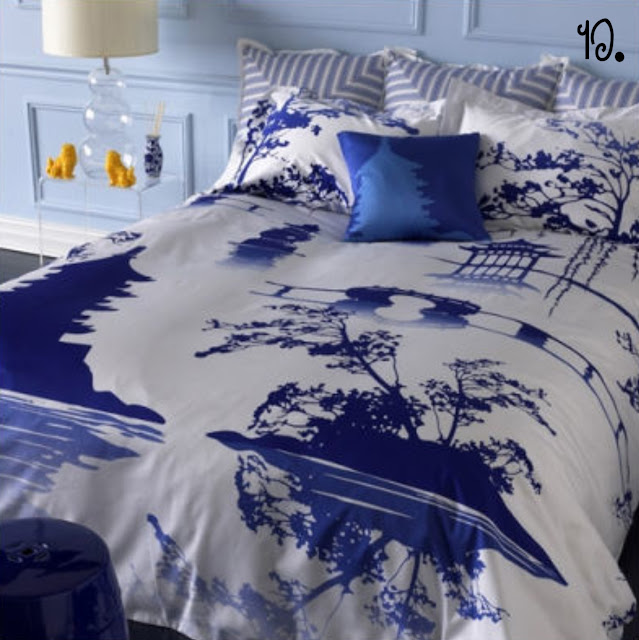 Email ThisBlogThis!Share to TwitterShare to FacebookShare to Pinterest
Labels: Blue and White

Timeless. Nothing stands the test of time like blue and white. Love these images, especially the Kelly Wearsler room.
Hope that you had a nice Thankssging.
Teresa

Just love blue and white - is there anyone who doesn't? Have always loved Aerin Lauder's house and of course BG at Bergdorf's is so fabulous. And love your b/w picks!

hi dollface. loving your header. so chic.
and i love this post. BLUE! xoxo
hope you had a wonderful thanksgiving sweets.

Beautiful post! I love all of these images, but especially Kelly's spaces -- even though her style is not mine, I just adore it! thanks for some gift-giving inspiration... though, I wouldn't mind seeing a few of these under the tree for myself *wink*

Hope you are having a wonderful weekend, and had a great Thanksgiving,

Probably my favorite color combo...love the gifts and especially that last shot of the room by Brad Boles - wow! that ceiling!! :))

Aerin Lauder's is just the best! Blue and white should be paired somewhere in every home. Love these homes.

Number 1 - erin lauder looks so fake for some reason.
2- the Imperial trellis room is black.

Although I think decorating the walls of a bedroom with plates and platters is an unsettling trend, the blue and white jars on brackets in the bedroom designed by Carolyn Roehm are quite attractive, housekeeping issues aside.

Hope you are having a wonderful weekend, and had a great Thanksgiving,