One of the most exciting things about Apartment Therapy's annual Small Cool Contest is peeking into so many other people's homes - it's a bit like walking down a street in the early evening, when the curtains aren't drawn and the homes are just coming to life, and sneaking a look into all those lovely rooms. And this way, you won't get arrested. Below, a few of my favorites!


Caroline, in NY City. This was my favorite entry, not least because of the fabulously inventive use of space. While it's a studio, the bedroom sits "down" in the space, and a step-up plus railing crisply separate the two areas. And of course, the shades define the entire space. Caroline hired designers Fawn Galli and Julio Salcedo to help her realize her vision of a bright, airy dwelling.


Sweetness - if a macaroon were a room. 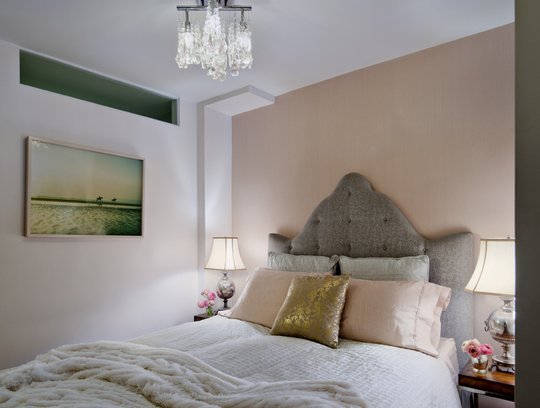 Matt, Houston, TX. Sharp. It looks like a page out of Elle Decor - the chairs! the styling! the subtle touch of red! Lately, Elle Decor has been going all Sixth Sense on me - they seem to always be sneaking in a pop of red somewhere.


Ryan, Glen Cove, NY. I love how layered this is, and yet cohesive. Isn't the chandelier unexpected? It's so delicate and spidery compared with the rest of the space.


Suzi in Brooklyn, NY. If I recall correctly, this was in the Teeny-Tiny Category (under 400), so it was a bold move to put such a huge piece of furniture in the living area. Let's hear a round of applause for a non-IKEA, non-Potterybarn storage solution! It makes the room. 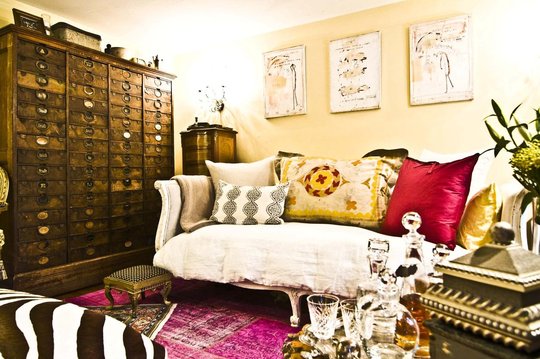 Oh I agree. I could move right in to that first space!

Wow! Love them all, but I would love to have the window treatment in the first image. Just gorgeous!
Thank you for sharing.
Teresa
xoxo

The upholstered bed is divine.

AMazing how much style you can fit into a teeny tiny space. After a recent big downsize, I have to say I really like living in a smaller space - it just feels comfortable!

God, our Creator, has stored within our minds and personalities, great potential strength and ability. IAS Coaching Center In Tamilnadu

Your place is awesome. Thanks for sharing these other picks.