This gorgeous image from England's Claydon House has been making the rounds on the web for a while, and it's such a fantastical, compelling scene, I was curious about the rest of the room. 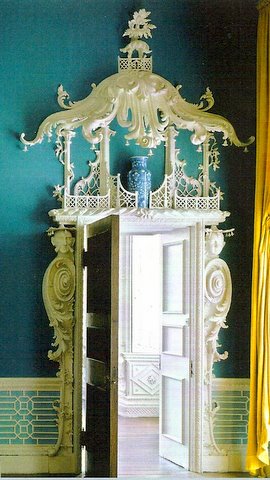 Well, it does not disappoint. 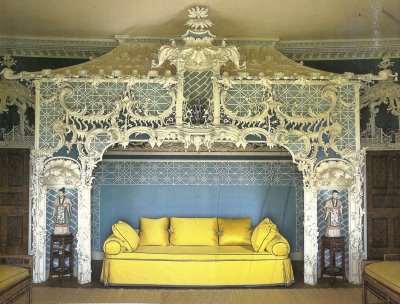 The rococo icing is perhaps best left to palaces, but the bamboo furniture could grace any chic home today and not look a stick out of place. Master Craftsman Luke Lightfoot carved the fabulous woodwork (and as Luke Lightfingers, he also set about carving out a large portion of Lord Verney's fortune, nearly destroying the future of his greatest creation). The stunning wall color was a later addition by 20th century decorator John Fowler. 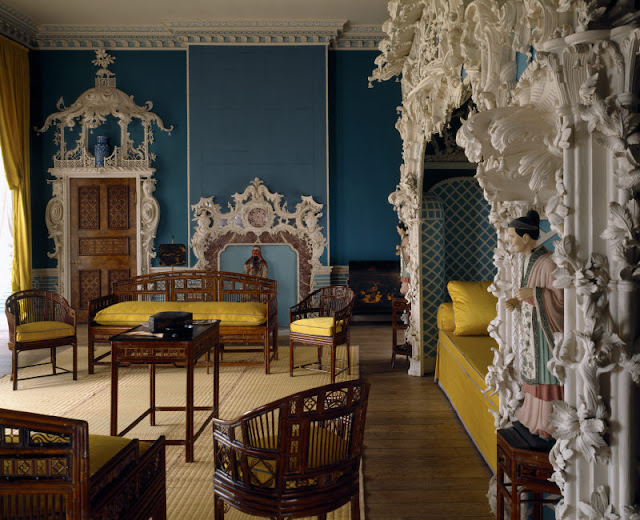 More of those marvelous chairs. 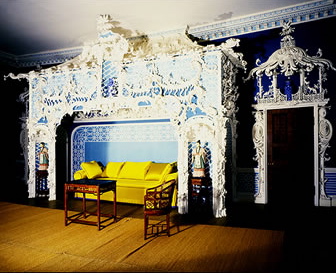 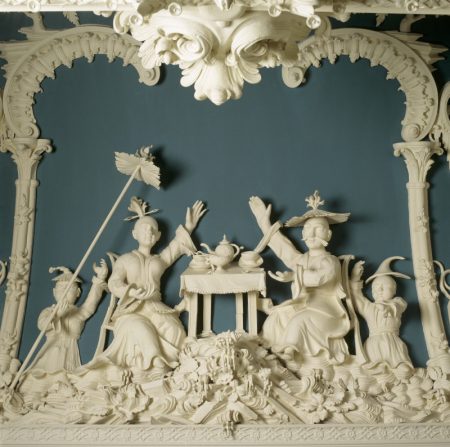 Of course, there are other grand rooms, too. This ballroom was featured in the Gwyneth Paltrow version of Emma. 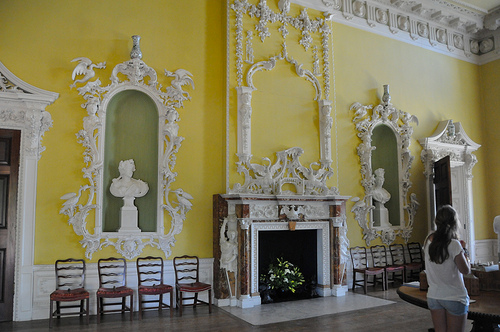 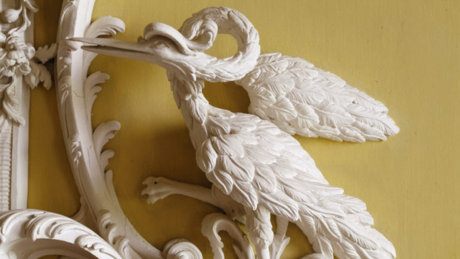 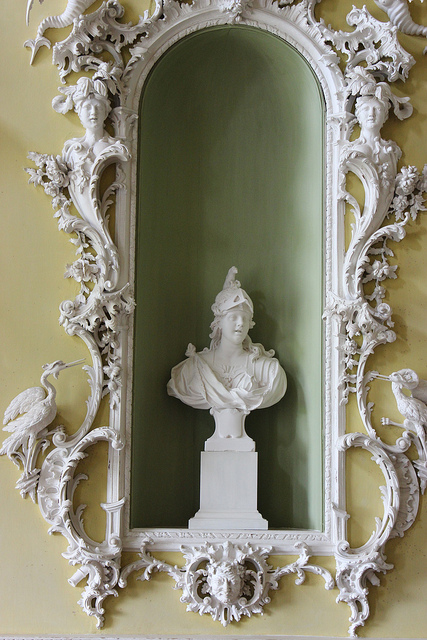 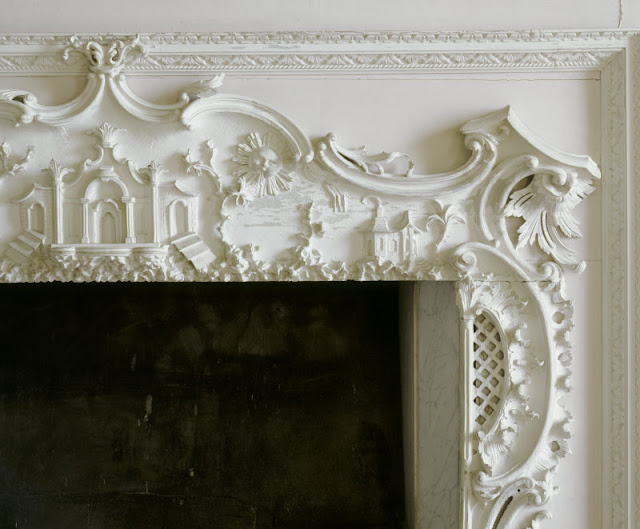 We are lucky to have any of these exquisite rooms with us today; in fact, there used to be quite a few more of them. When the ill-fated Lord Verney, employeer of Luke Lightfoot, died, his heir was niece Mary Verney, an apple that certainly fell far from the tree. Far from being a big spender, Miss Mary (later Baroness Fermanaugh), tore down two other wings of the house, reducing it to its present more economical size. Indeed, the exterior doesn't give anything away! Would you expect such extravagant treasures inside? 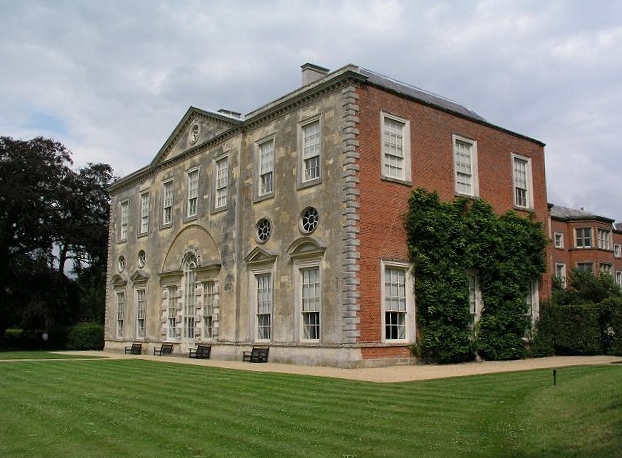 A Flair for Vintage Decor said...

The blue colouring of the Chinese room was sold by Farrow & Ball until recently, under the name Claydon
Blue. Richly pigmented--it has real depth. Excellent
post on this fascinating house, by the way.

Intricate and gorgeous design. Reminds me of interior designs of Baroque and Gothic architecture.