THE QUIET OPULANCE OF MAUREEN FOOTER

In 2011, House Beautiful featured the New York City apartment of designer Maureen Footer. An opulent, french-inflected space, Footer's apartment is actually a one-room studio. At a mere 650-square feet, her home, adorned with chinoise Gracie wallpaper, an antique commode designed by Madame de Pompadour's cabinet maker, Migeon, and a 17th century tapestry, is layered with rich decoration, and reminiscent of a time when attention to detail was the crowning glory of decor. Let's stroll into the Orient Express of apartments: 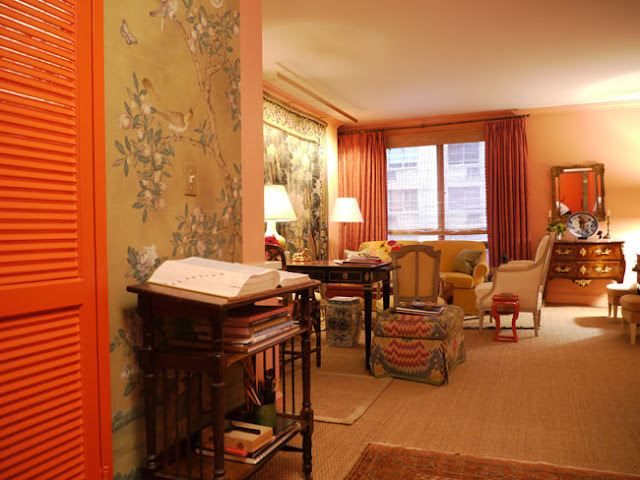 How fabulous is that apricot and lime green combination? These photos are from New York Social Diary, not House Beautiful; the HB photos had a much less washed-out quality and I would imagine are closer to the actual hues. 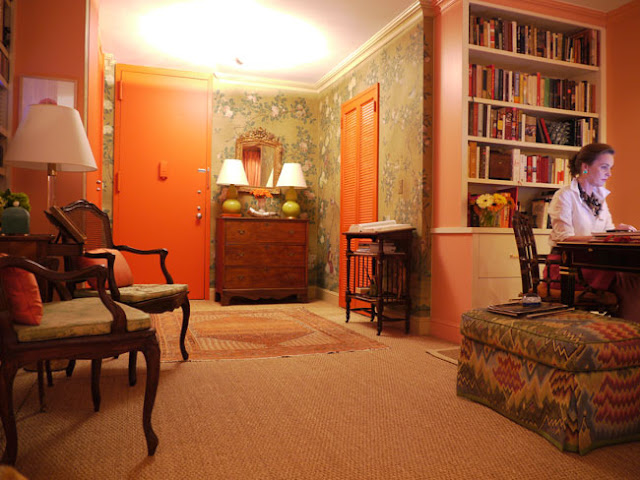 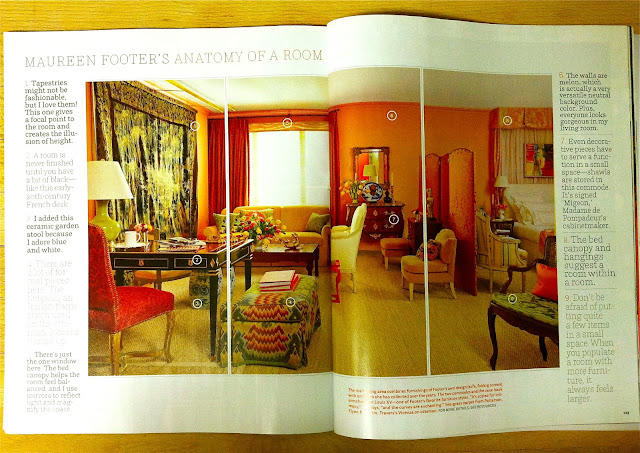 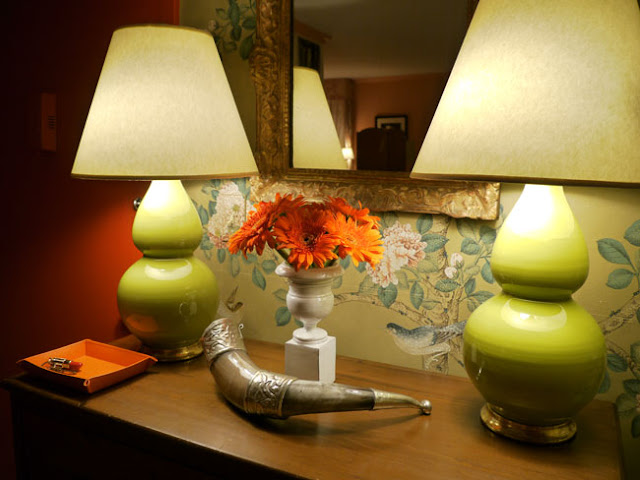 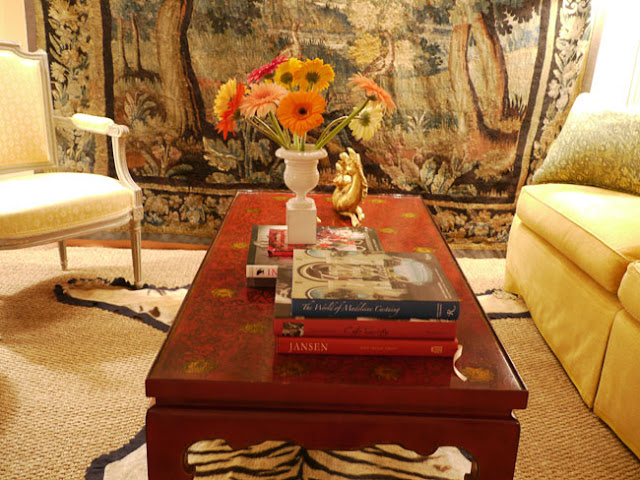 HB photo of the same vignette (and yes, that's an iPhone photo of a magazine - sorry folks): 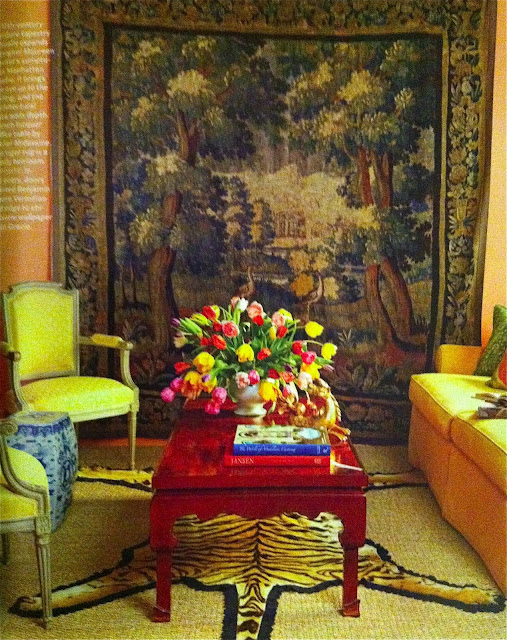 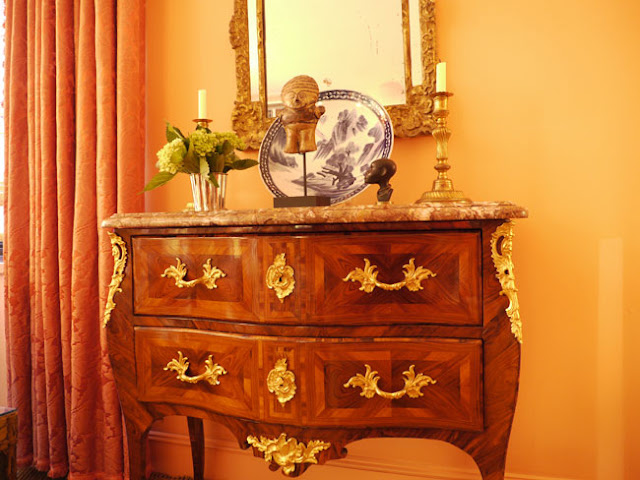 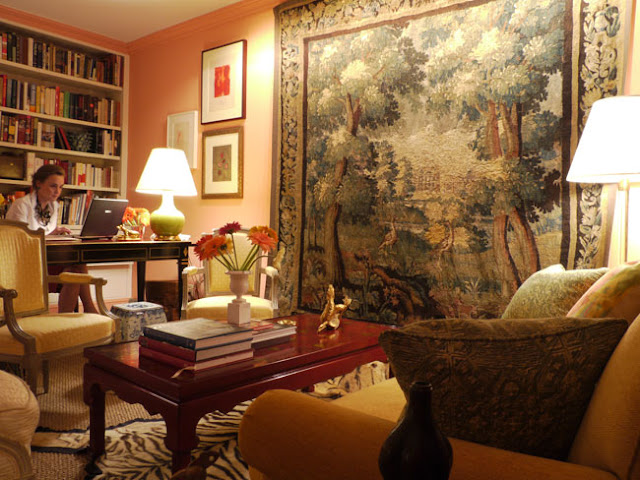 Wonderful interview with Maureen Footer over at the New York Social Diary HERE. Below are a few images from her portfolio. I love the luscious color parings and luxurious materials; it's rare to see work of Footer's style where spaces are fine without being fussy. And, while I don't imagine they could ever be mistaken for "democratic" (i.e. inexpensive), her rooms don't proclaim:  I Have Money And I Spent It. As Auntie always said, quality speaks for itself. 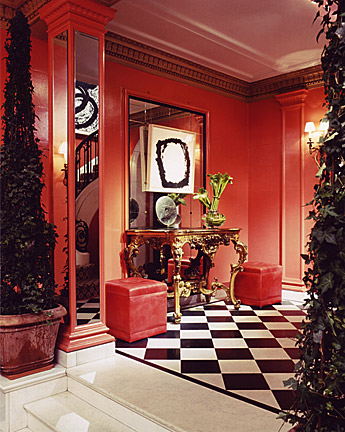 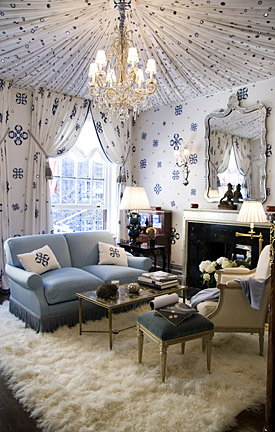 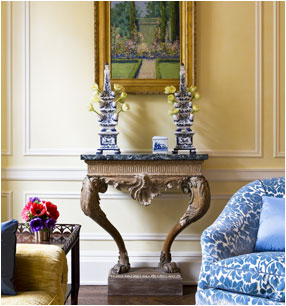 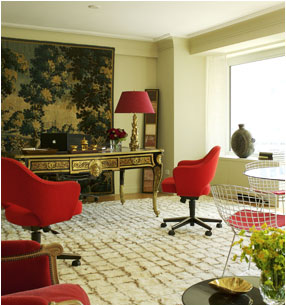 Email ThisBlogThis!Share to TwitterShare to FacebookShare to Pinterest
Labels: small spaces, The Small Side

Such a beautiful post!! I love it!! XOXO, The Glam Pad

Everything here is gorgeous. Thank you for the introduction! I especially love the blue and white : )